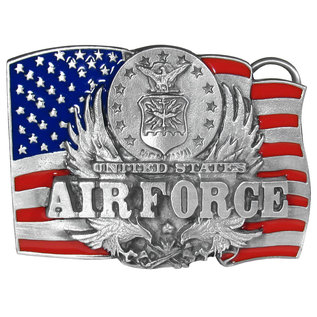 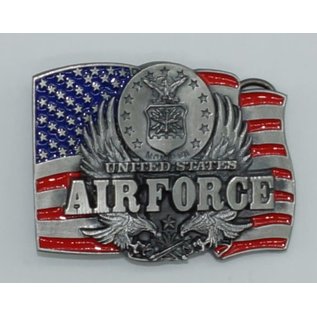 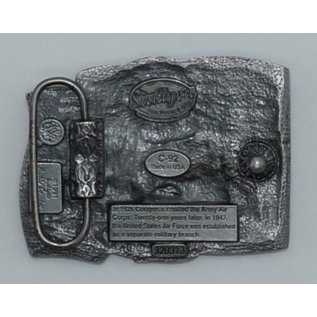 $21.95 Plus Tax
Delivery time: Your Item will Ship the Next Business Day
Brand:
Siskiyou Gifts

This belt buckle celebrates the Air Force with the words "United States Air Force" written in bold across the center with an American flag, the AF seal and eagles.  On the back are the words, "In 1926 Congress created the Army Air Corps.  Twenty-one years later, in 1947, the United States Air Force was established as a separate military branch."  Buckle is enhanced with blue and red enamel.  This exquisitely carved buckle is made of fully cast metal with a standard bale that fits up to 2"

Add your review
0 stars based on 0 reviews